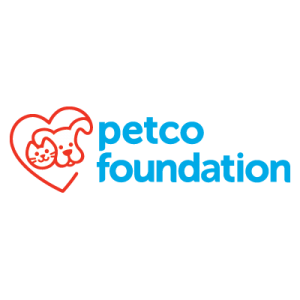 In March of 2020, Prairie Paws Animal Shelter was awarded a $10,000 grant from the Petco Foundation to support its lifesaving efforts.

The Petco Foundation was instrumental in helping Prairie Paws navigate the uncertain times of pet sheltering during the beginning of the COVID outbreak.

“Bottom line, hands down without the Petco Foundation’s grant funds at the beginning of the COVID pandemic, we would not be still saving homeless pets today.” Melissa Reed, Executive Director, Prairie Paws Animal Shelter

This grant investment is part of the Petco Foundation’s recent distribution of more than $13M to animal welfare organizations nationwide. In addition, the Petco Foundation distributed $1M in emergency product and cash donations to partner organizations facing the challenges of the COVID-19 crisis and put out a national call to mobilize animal lovers to take action and Pledge to Save Pet Lives.

For more information about prairie Paws Animal Shelter, visit prairiepaws.org. For more on the Petco Foundation, visit www.petcofoundation.org and join the conversation on Facebook, Twitter and Instagram by using the hashtag #PetcoFamily.

Our Founder Beatrice Martin Peck began advocating for the welfare of Franklin County’s homeless animals in the early 1940’s and continued to do so until her death in 1967. She founded the Franklin County Humane Society in 1946 and, through her own expense and effort, founded what was known as the Bea Martin Peck Animal Shelter on the 25 of March 1947. The building was completed in 1948. Beatrice and her group of faithful supporters investigated reports of cruelty towards animals in the community, housed and cared for animals needing assistance, and established an adoption program for the community-all the while creating a living legacy that remains today. Prior to her efforts, the stray or otherwise unwanted animals were used for medical testing and had no voice. Beatrice’s efforts led to the enactment of many ordinances and regulations regarding animal care that remain today.

The Prairie Paws Animal Shelter is still a private, non-profit shelter operating by the same philosophy under which it was established over 70 years ago through the tireless efforts of its staff and volunteers. Prairie Paws Animal Shelter will never euthanize for space and all animals are given a second chance at finding their perfect families. A new facility was built in 2010 at 3173 HWY K 68, Ottawa, KS 66067. The old facility stood at 230 W 19th St. Ottawa, KS 66067.

About the Petco Foundation

At the Petco Foundation, we believe that every animal deserves to live its best life. Since 1999, we’ve invested more than $280 million in lifesaving animal welfare work to make that happen. With our more than 4,000 animal welfare partners, we inspire and empower communities to make a difference by investing in adoption and medical care programs, spay and neuter services, pet cancer research, service and therapy animals, and numerous other lifesaving initiatives. Through our Think Adoption First program, we partner with Petco stores and animal welfare organizations across the country to increase pet adoptions. So far, we’ve helped more than 6.5 million pets find their new loving families, and we’re just getting started. Visit petcofoundation.org to learn more about how you can get involved.